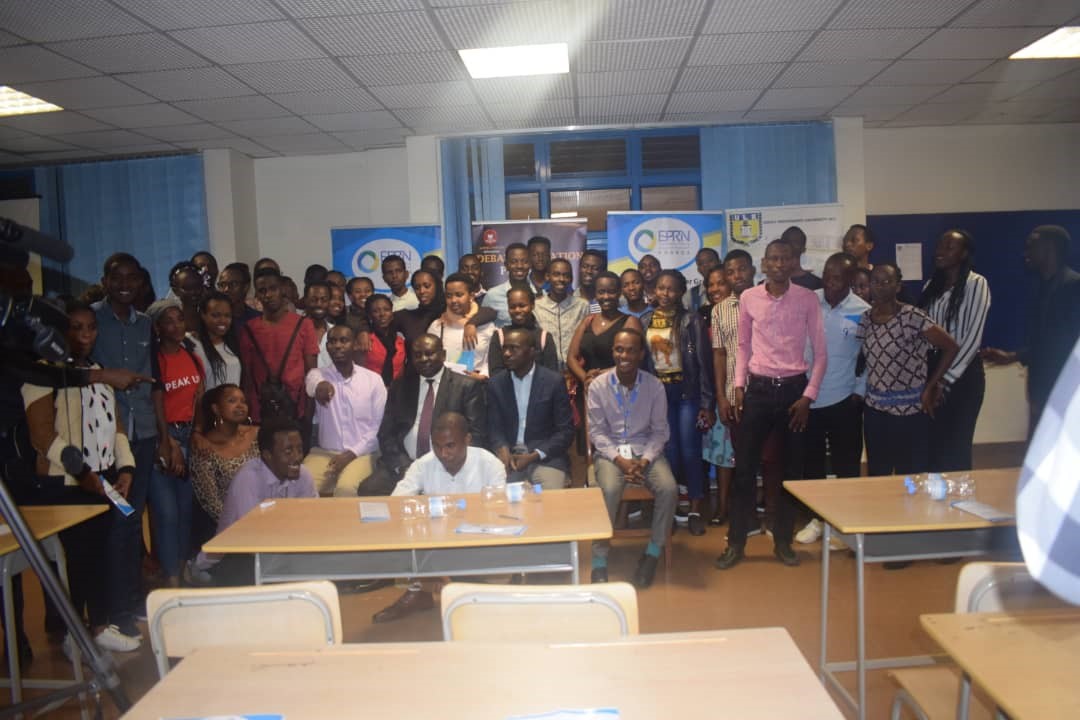 The Government of Rwanda hails the importance and relevance of early building the capacities of young people as future flag bearers. Currently, Rwandan youth constitutes more than 60% of Rwanda’s entire population. Connected to that, youth especially intellectuals from universities are not only viewed as future business leaders, but also future economic policy practitioners and beneficiaries of the today’s economical space. In the same vein, they are the cornerstone of the next generation of leaders that will sustain and may be improve on what has been achieved so far by their giants.

In line with the above expectations, EPRN Rwanda in partnership with Aspire Debate Rwanda organized a mini youth policy debate competition that brought together seven (7) universities in Kigali for a period of two days, 12th and 28th June 2019. This forum aimed at empowering students to shape their own education as well as embracing motivations, creativity and ambitions of their ideas or contributions towards economic development.

WHERE AS Aspire Debate Rwanda (ADR) is a registered non-profit making NGO established in Kigali-Rwanda in 2014, with zeal to promote public speaking through debate education and other forms of public speeches, empowers youth on leadership and communication skills to nurture their critical thinking. The mission of ADR is to prepare youth to be intellectually vibrant, be self-resilient and self-reliant.

ADR aspires to put youth at the center of all national programs through engaging them in advocacy, awareness and implementation of various categories of the proved agendas. And also believes that using debate as an art promotes mutual understanding and informed citizenship around the world which leads to increased critical thinking, analysis and tolerance, enhanced cultural exchange and greater academic excellence. The organization empowers both in school and out of school youth through its three major programs namely, Education, Governance and Leadership, and youth and women empowerment respectively.

It is imperative to train youth earlier to become better open minded, critical thinkers and good economic policy analyst and thus using debate as the best tool to advance analysis we hope for.

The debate competition ran under the world school format where each team was represented by three (3) speakers speaking for five (5) minutes each speaker. All selected university debate teams had 3 preliminary rounds on day 1 where at the end 4 best teams qualified for the final series (2nd day). All qualified team competed on the knockout basis until the champion was announced.

The economic debate challenge-ship was held at the Independent University of Kigali (ULK-KIGALI) on the 13 th and 28th June 2019 and brought together seven (7) universities in eight (8) universities expected but University of Rwanda-College of Business and Economics did not show up due to the exam schedule.

The competition started late as some teams arrived late. However, it was not too late to start and finish the debates on time as provided by the hosting institution. The debates started with a fair toss of all available teams to get their corresponding letters which were ranging from letter A to letter H to ensure that there is no bias in adjudication. i.e. adjudicators did not know the universities debating but at the end of the debate the chief adjudicator had to look into the records and match the letter with the university which finally gave status of the team scores and total team scores in general.

After the toss, it was the time for the first round out of the three rounds debated. the chief adjudicator announces the rooms to be used (room 1 to room 3) and how teams (using letters) will debate against another until the third-round ends.

After every single round the teams had to go back to a briefing room for the reminder of which team takes on another for the next round. For every round the lead judge had to announce the marks except for the second round which was blind (no announcing of marks but only comments).

In this debate here are the motions that were debated on ; 1. This house would give a four-year grace period to SME’s 2. This would establish minimum wage policy 3. This affirms that benefits from AFCFTA outweighs the cost

Main ideas from the proposition

On the third motion the proposition argued that AFCFTA has increased the investment and accessibility to variety of products while the opposition argued that there is no interest since national policies did not change and export to some countries costs high.

“ Many studies show marked improvement in a wide variety of academic skills as a result of participation in competitive debate. Debate students in written and oral communication and greatly improve their research skills (sometimes 25% more than their peers). Students become comfortable with new concepts and gain access to new publications or policies. I am happy to see students debating on economic matters, public policy and proposing government new ideas. Allow me to take this opportunity to thank EPRN and ADR to organize this important debate and ULK will always be glad to host EPRN for such important events.”

REMARKS AND NOTES FROM EPRN’S REPRESENTATIVE

“The core of competitive university debate is to examine every side of important and controversial issues in an atmosphere of reasoned argument and respectful discourse. The enormous efforts that students put forth on this intellectually economic debate is truly inspiring. They devoted a huge number of hours to research, discussion, Case writing and practicing for competition. They spent countless evenings and weekends in preparations for this debate. EPRN will continue to support students research, conferences and competition to strengthen their capacities in research. EPRN is open and accessible to its members a resource center for any economic related topic, Also allow me to take this opportunity to announce our students conference to take place in october 25th ; we encourage all of you to send your research papers and register your debate groups to compete on economics related topics.”

The organizing team of EPRN and ADR, wishes to extend its profound gratitude to participated Universities, GIZ and students for the support and encouragement during the competition. We believe these 2 days have been the time of brave Actions and Purposeful Collaborations towards creating the generation of future economists. 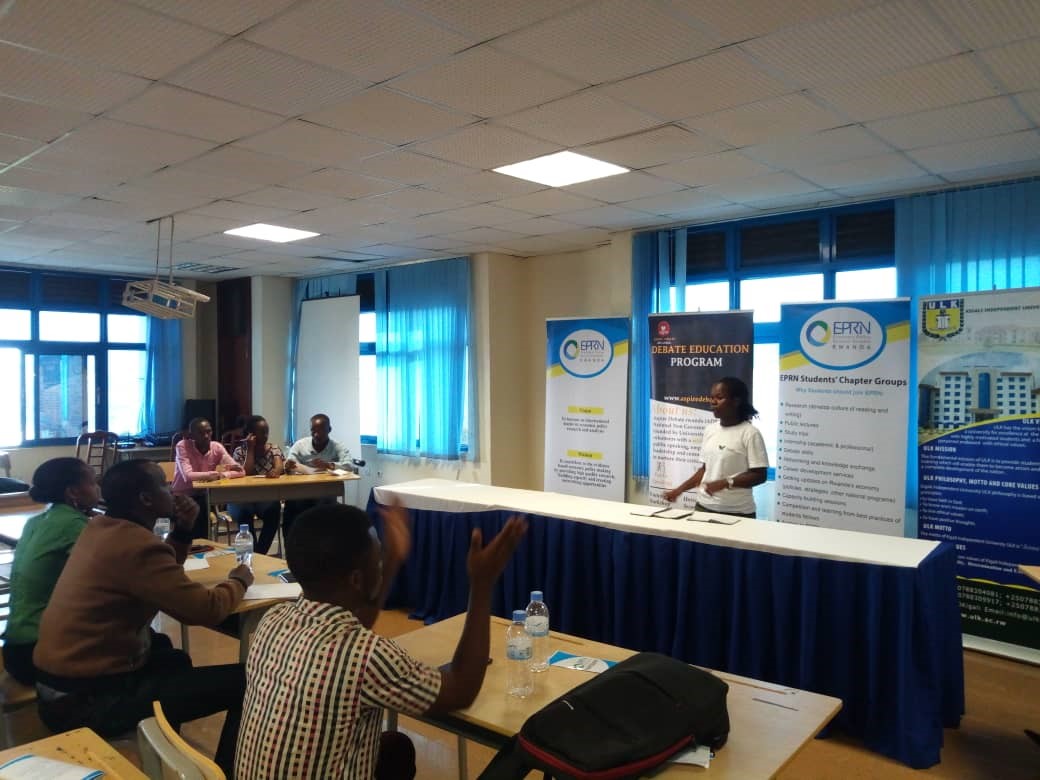