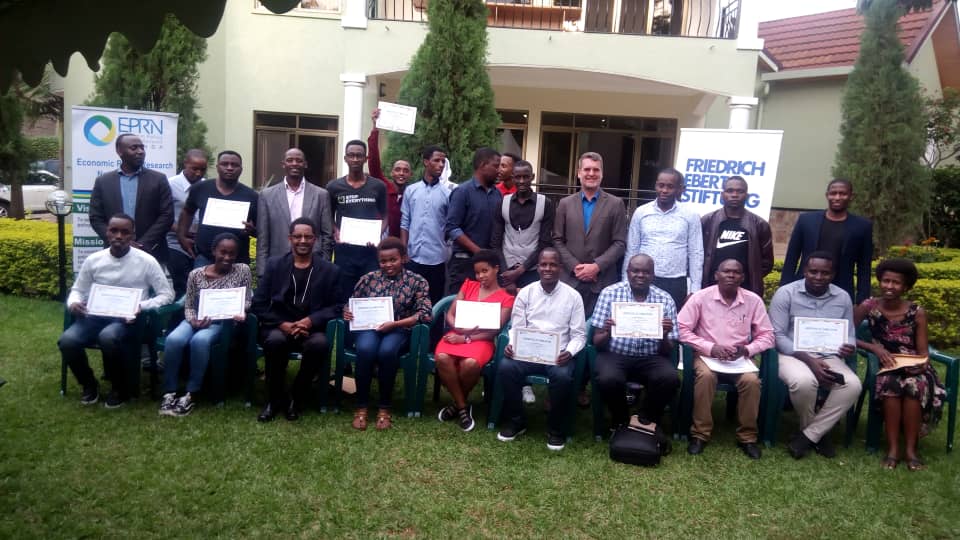 Recognising the role of media in informing and educating the public about various topics, the Economic Policy Research Network (EPRN Rwanda) and Friedrich-Ebert-Stiftung (FES Rwanda) conducted a training of journalists about Professional Reporting of news related to trade policies and regional integration as a first step of a continuous capacity building and networking of those journalists.

The first training held on 19th and 20th March 2019 and the objective was not only to provide updates on trade developments, and facilitate discussion among journalists, but also to appraise the important changes that are taking place with respect to access to information, the role of the media, technology and innovation in the media and associated governance issues, and the relationship between journalists and sources of information (including official government sources, think tanks and experts).

The Training workshop included practical exercises, reviewing case studies (including reports on the African Continental Free Trade Area (AfCFTA). In addition, the programme included a focus on the use of data, infographics/visualization and the use of different channels of information dissemination (including social media).

Training covered some topics like the following : A. Trade policy and regional integration – unpacking the language of trade and integration

B. Trade and integration in the news 1 : update on the African Continental Free Trade Agreement

At the end of training, participants created a forum/network of local journalists reporting on trade and regional integration news. The network is made of 23 journalists with possibilities to grow consistently